Ultimate Guide on Weed in Munich

Munich is a very attractive German city that radiates with a strong culture and amazing architecture. The city is the capital of the Bavarian region in the south of Germany which is surrounded by the beautiful Alps. Although a modern European city, the Munich still charms with non-gothic architecture prevalent in Altstadt, or Old Town. One of the most stunning places in Munich is definitely Marienplatz and town hall that stood in the middle of the square.  It’s hard to believe there is a person who’ve never heard of Oktoberfest, the most significant annual beer fest that takes place in Munich!

There are many reasons to visit Munich and have an extraordinary experience, but you may ask what about weed there? In the following text, we’re going to provide you with in-depth research that will help you in clarifying a current situation with weed in Munich.

Germany is a federal republic that currently has 16 states. When it comes to cannabis law in Germany, it’s important to mention that federal law is applied through whole German territory, but land laws are especially applied in the states. The reason for saying that is for you to be aware of the state you’re visiting. For example, weed law in Berlin hugely differs from one in Munich.

On the federal level, cannabis for recreational use and all the activities related to cannabis are strictly illegal. When it comes to cannabis, the police is very strict in enforcing the law, but it varies between states. In Berlin, for example, you can end up without any troubles if you get caught with few grams. That’s simply not a case in Munich as police are kind of brutal on weed consumers. You can expect to spend a night in the police station if the police find out even the smaller amounts that one gram.

Many locals reported that police are very organized in Munich and there are many undercover cops. Also, there is a huge chance you’ll stumble upon a police dog on the train or the station. If you think to smoke in a private place and then drive around, please don’t. Germany is known for its notorious controls of traffic, so it’s not uncommon that police stops you and gives you a cannabis test.

When it comes to medicinal cannabis, Germany is following a global trend of legalizing cannabis for medicinal use. In 2015, that law passed, and since then, patients can obtain a prescription from the doctor. It’s tough to get the prescription and no, it’s not even similar than in California for instance. The government and many patients very strictly control that market still reported they have negative encounters with police, even after the official legalization.

Where to Get Cannabis in Munich

If you still plan to smoke weed in Munich, then we will provide you with interesting information! Bavaria is by far the strictest state in Germany when it comes to cannabis, so it’s not strange that weed isn’t that prevalent. You can score high-quality cannabis, but for the easiest and safest transaction, it’s better to know someone.

Traveling to stunning Berlin and looking to smoke some spliffs around? Don’t worry, we’ve got you covered! Read our complete guide on getting and smoking weed in Berlin. 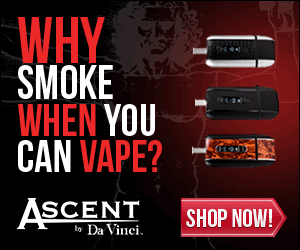 If you don’t know anyone, there is still a huge chance to score, but it will be much riskier. There are two favorite places where people usually hang out and you can get approached by a few offering you weed. Check out your luck at English Garden. This park is attractive to younger and alternative crowds and you will get approached many times. The only downside is that the police is very well aware of that place, so it’s not odd to see or experience a raid.

Our advice is to lay back and socialize with people who’re living in Munich. There is a huge chance they will know someone who can help you or even invite you to joint.

The demand is huge, but the supply is limited and when you add the strict laws on that, it’s easy to conclude the prices will be higher. For instance, the average price in Germany for a gram of high-quality weed is 12e. When it comes to Munich, you can expect to pay around 15e per gram, but it can vary depending on the people you know.

It’s very rare to find hashish, but if you’re lucky, then you can expect to pay around 10e for a nice brick of high-quality hashish.

Munich is a stunning city with a strong culture, delicious cuisine and the best beer fest in the world. You will definitely have the most fantastic experience while staying in Munich. People who love to smoke cannabis should be careful when getting and smoking. Don’t smoke in public places and use your common sense. Enjoy your stay!

p.s. don’t forget to check out our detailed guide on weed in Hamburg.

Ultimate Guide on Weed in Berlin

Ultimate Guide on Weed in Budapest

Scroll back to top